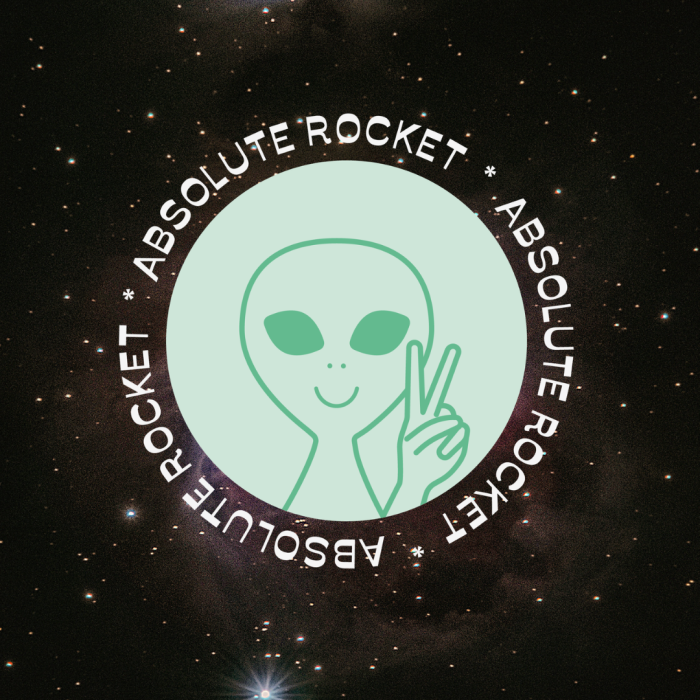 Absolute Rocket was a late night event in the Ulster Museum, designed and co-ordinated by 16 participants (our absolute rockets!) on the Event Management programme. This event management opportunity was created in partnership with ‘Our Place in Space’.

To plan our event, we worked together with Rachael Campbell-Palmer, Director of The Black Box in Belfast and co-curator of NEO NEO; a project that commissions electronic musicians and visual artists to present live collaborative works / works-in-progress to audiences.

Three groups were formed to manage each area of the upcoming exhibition- Design, Production and Marketing. The design team took charge of developing a visual brand for the exhibition, designing staff t-shirts, imagery that could be used by the marketing team and a cohesive brand for all print media (including our gorgeous ‘Absolute Rocket’ alien logo!).

Marketing were in charge of creating hype around the event- getting the word out on social media and letting everyone know what would be happening on the night. They were incredibly successful because over 986 people attended the event on the night!

Last but definitely not least, the production team suggested and organised the artists and performers that would make the evening special. From suggesting and contacting drag performers to providing images for the intergalactic green screen,

The end result was an event to remember and really helped us to start the beginning of the end of RRR with a bang!

Alongside trance tunnels, tote bags and green screens, the entire museum was illuminated throughout the night by effervescent walkabouts, legendary lasers and physics buskers!

Pop punk rock act Cherym were headliners for the event, while DJ and Producer extraordinaire Venus Dupree closed out the night and what will probably be the last large-scale late night event for RRR! 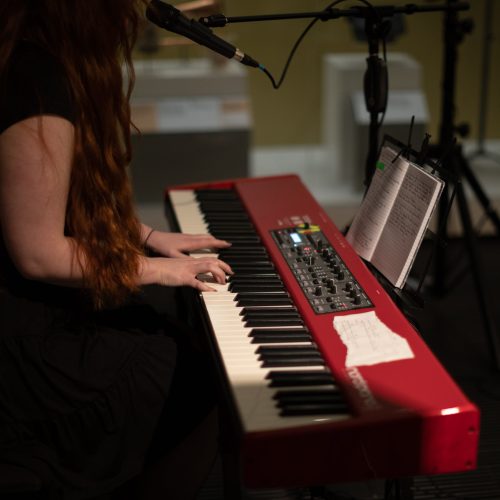 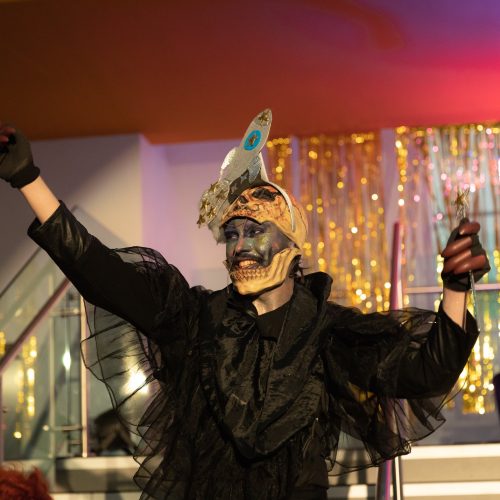 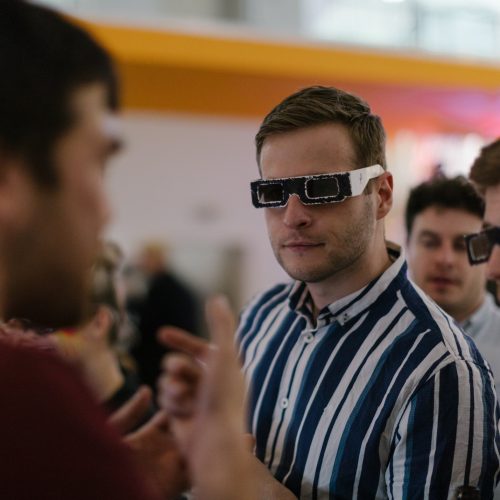 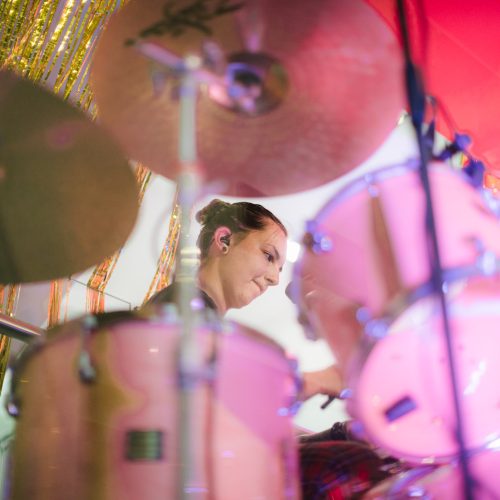 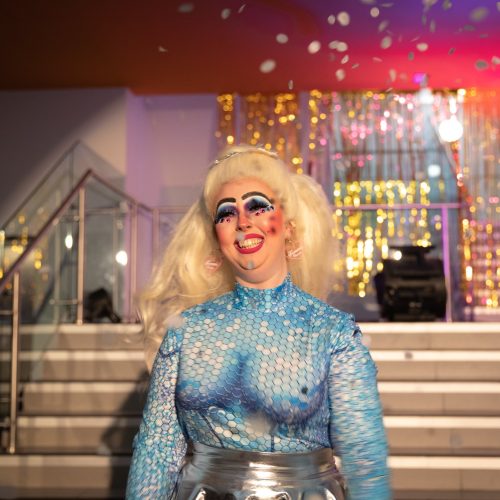 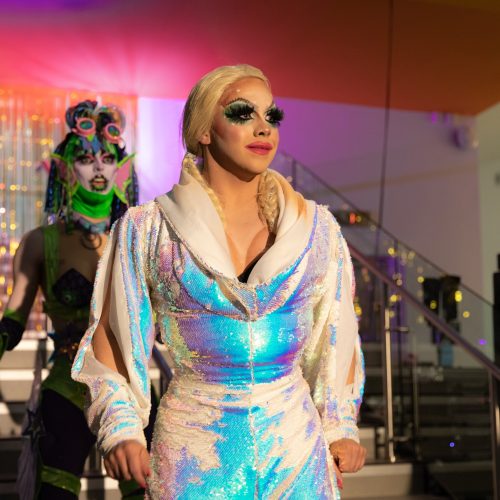 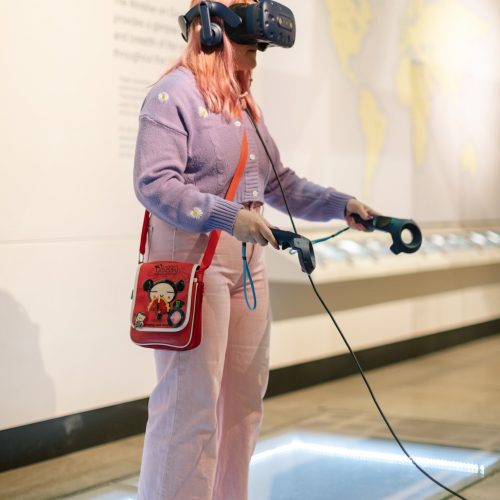 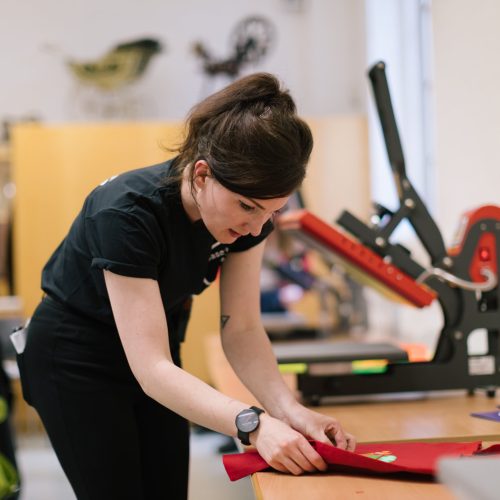 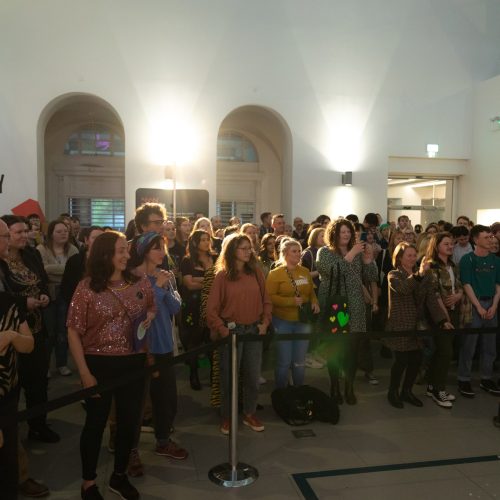 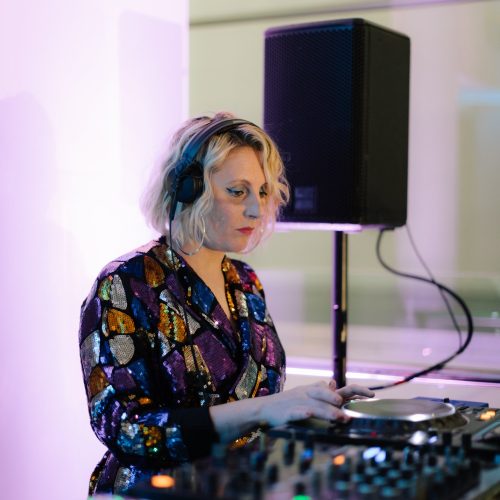 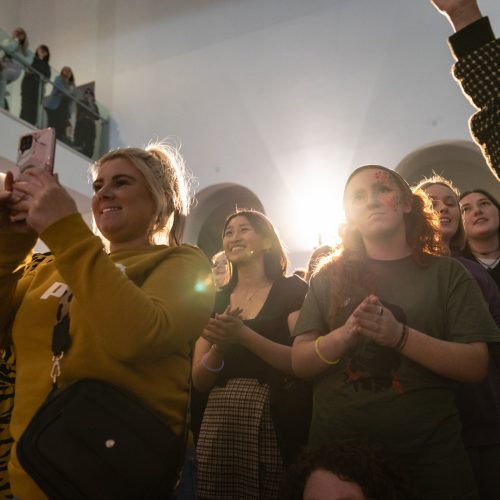 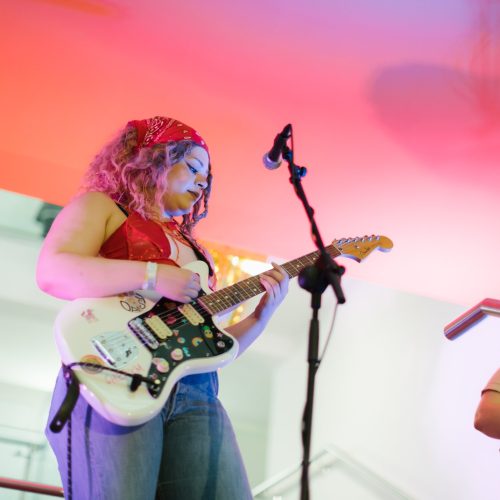 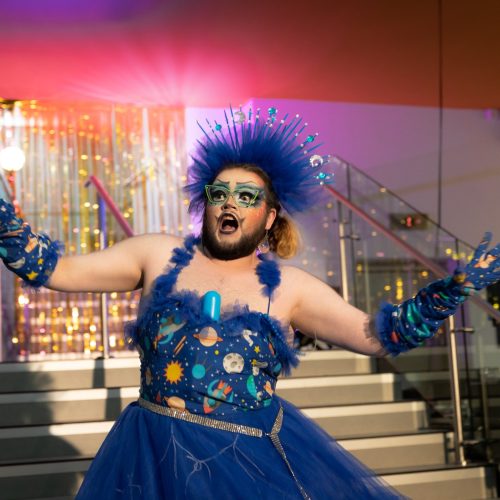 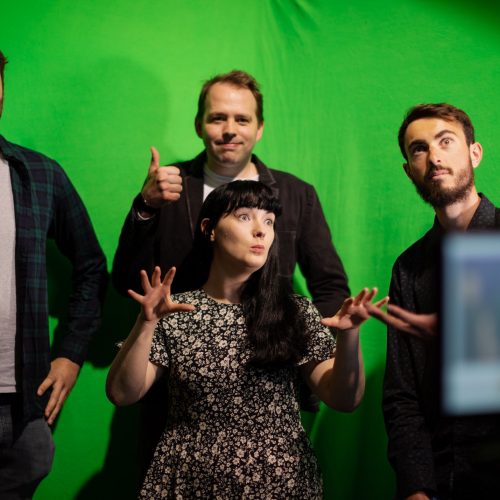 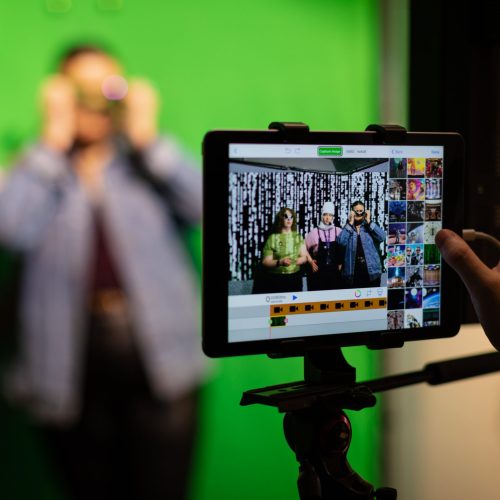 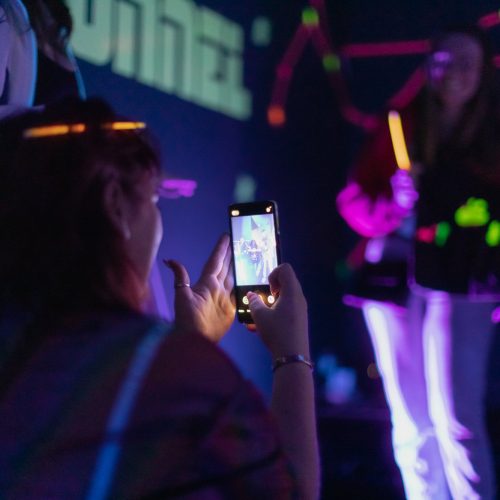 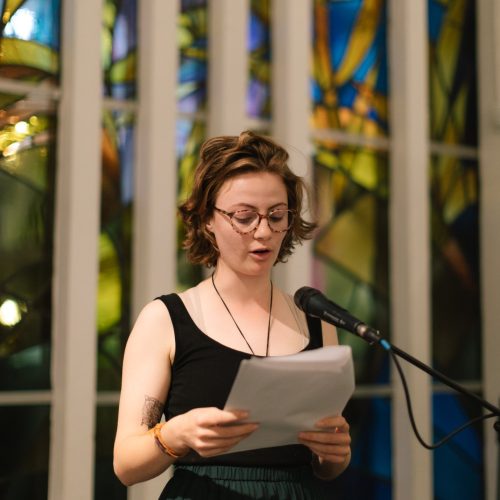 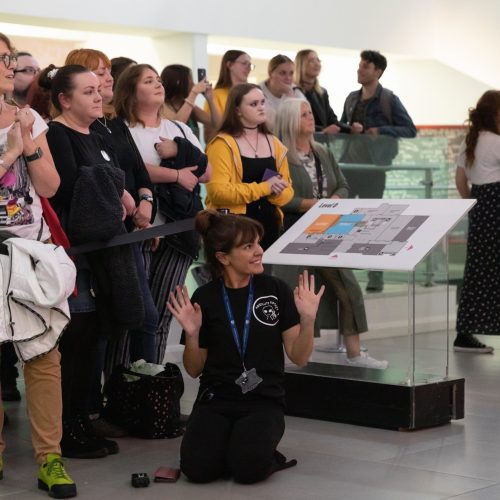 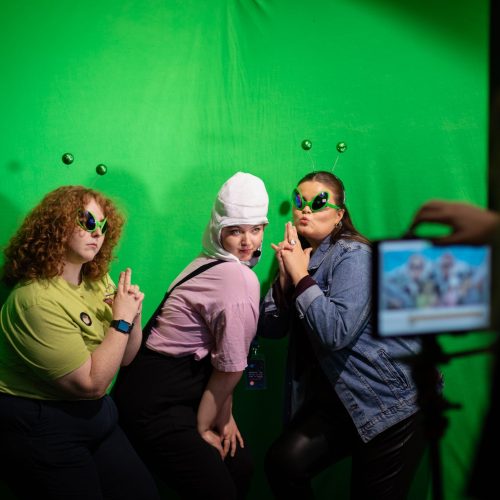 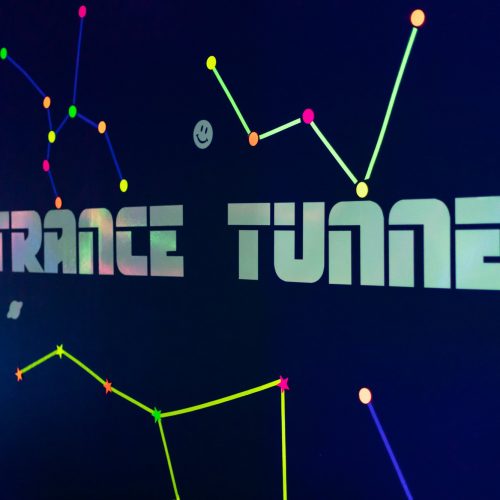 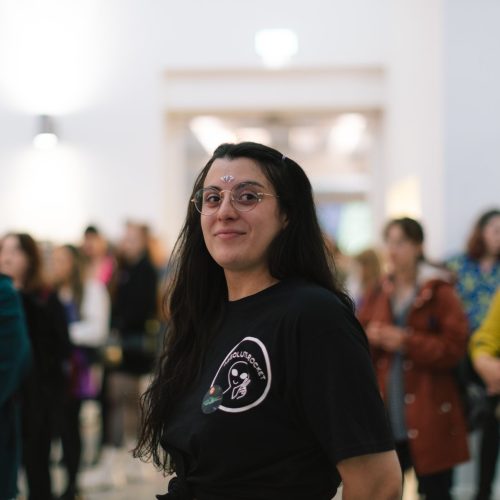 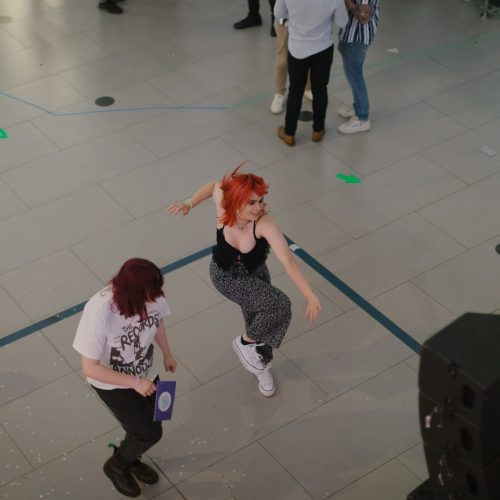 "I enjoyed the chance to be in awe and learn from very passionate, professional people, especially with little to no work skills myself I felt, even near on a level that they are at within my journey yet. It was hopeful, inspiring and motivating to be in an incredible creative process with which I've never engaged in before and wouldn't have got the opportunity to unless it was for RRR and the amazing people who work there."
Aoife, 23, Belfast