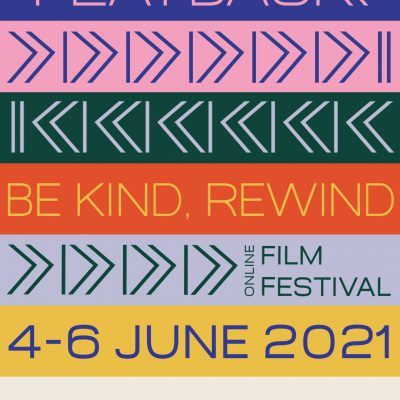 Playback Film Festival is a three day virtual festival featuring films, workshops and talks, which have all been programmed and delivered by participants in an event management course in collaboration with LUMI, Reimagine Remake Replay and Zeppo Arts.

The festival will explore the theme of nostalgic cinema through films available on #QFTPlayer as well as a movie poster making workshop and panel discussion.

Check out the full programme below and for more see the Eventbrite pages.

Join us on instagram @lumiatqft  @reimagineremakereplay as we kick off the festival online!

A socially awkward and environmentally conscious misfit meets a carefree lifeguard in director Marley Morrison’s comedy-drama, which has drawn comparisons with My So Called Life and Juno.

Explore the archive collections from Ulster Museum and North Down Museum to create your very own movie poster with local artist Laura Craig.

A celebration of youth, friendship and the everlasting magic of the movies, Cinema Paradiso won the Oscar for Best Foreign Language Film and is considered a classic of world cinema.

2.00pm – Panel Discussion: Into the Known

Join Michael McConway (Playback Participant and LUMI Programmer) featuring Dr Sam Manning (Film Academic) Leanne Briggs (North Down Museum), Joseph O’Hagan (8 Bit Popcorn) and Sean Hughes (Playback Participant and LUMI Programmer) as they explore themes of nostalgic cinema, escapism in movies as a response to crises in the past and present, and question how cinema culture has changed during the pandemic. Is the future in streaming services?

Rising star Henry Golding (Crazy Rich Asians) plays a man on a search for belonging as he returns to the country of his birth in a tender and visually stunning drama from Lilting director Hong Khaou.